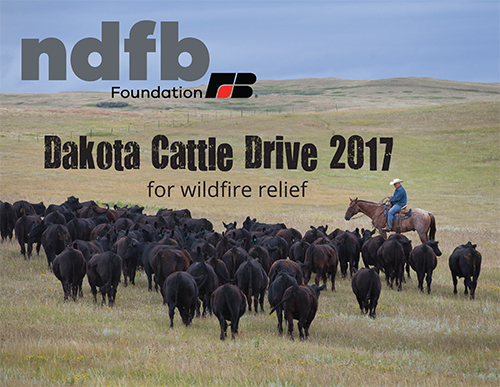 The losses are almost unfathomable. More than 1.3 million acres of land have burned. Thousands of cattle are dead. Livelihoods have been lost.

The NDFB Foundation held Dakota Cattle Drive 2017 at livestock auction barns in the state in April, to help get farmers and ranchers in Colorado, Kansas, Oklahoma and Texas back on their feet after the devastating wildfires that consumed land, livelihoods and even human lives.

Most importantly, 100 percent of the proceeds from the rollover auction and sale of donated heifers will be sent to Colorado, Kansas, Oklahoma and Texas so funds can be distributed to those who need it most. 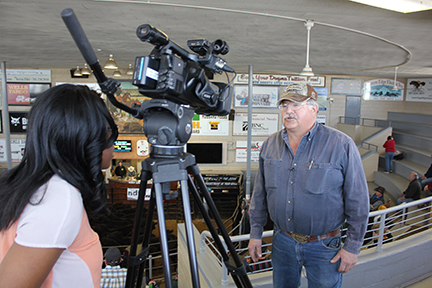 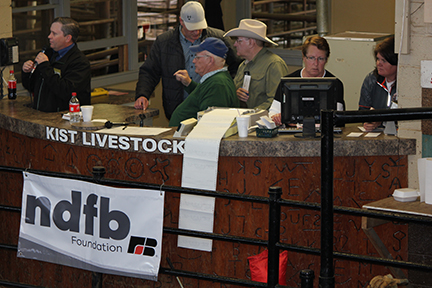 NDFB President Daryl Lies speaks before the bidding gets underway at the Kist auction. 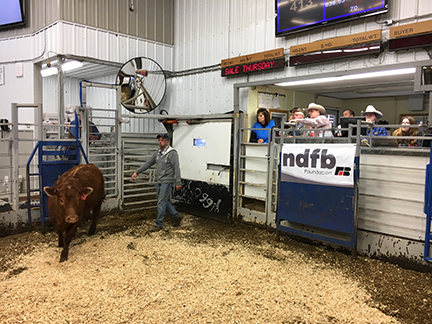 A heifer is auctioned off at the Napoleon Livestock event. 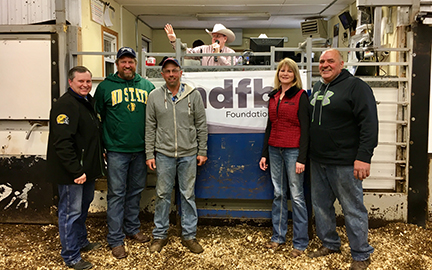