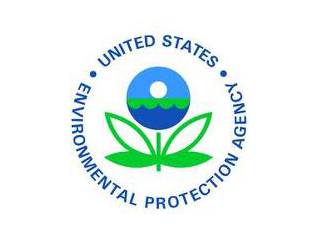 WASHINGTON, D.C. – A cache of internal memos that federal regulators intended to keep private reveals a culture of secrecy, falsehood and dysfunction that permeated the Waters of the U.S. rulemaking process.

Yesterday, the House Committee on Oversight and Government Reform released more than 50 pages of documents in which the Army Corps of Engineers repeatedly rebuked EPA officials for their abuse of the rulemaking process in producing the deeply controversial Waters of the United States rule. The entire economic analysis used to support the rule, Army Corps officials wrote, had no basis in either science or economics: https://oversight.house.gov/wp-content/uploads/2015/07/Army-Corps-Memoranda.zip.

“It is clear from the memos that there were dire concerns internally that EPA was getting it wrong and with a high degree of arrogance,” said AFBF President Bob Stallman. “The flawed economic study is just the tip of the iceberg, and it was known internally that trouble was ahead. In fact, the memos themselves were stamped ‘Litigation Sensitive.’ They were never intended to see the light of day.”

The Corps documents also validate American Farm Bureau Federation’s own concerns that the rule makes it impossible for anyone, including the Corps, to know which features on the landscape are regulated, and which are not. The Corps even raised concern that it would be difficult to determine whether “a low depressional area on a farm field that ponds water after a rainstorm for ten days” would be a regulated “water” or an excluded “puddle.” EPA insisted throughout the rulemaking process that “puddles” would not be regulated.

“The Corps documents confirm what we have been saying all along,” Stallman said. “Even the Army Corps of Engineers concedes this rule is unworkable. The Army Corps’ name is on the rule, yet experts tasked with determining its validity said they wanted the Corps’ name removed from the economic analysis used to justify it.

“U.S. Army Assistant Secretary Darcy pleaded with Congress to keep these memos from the public eye. Well, now we know what they say, and we want to know more. What other internal agency documents are out there?  If the Corps’ economists objected so strongly, what did the EPA’s economists think? What else are these agencies hiding from the public? As Americans, we expect better, but during the entire WOTUS rulemaking process, we got worse – much, much worse.”

AFBF is calling on EPA to immediately withdraw its flawed rule, go back to the drawing board and address the concerns of farmers, ranchers and business owners across the country.