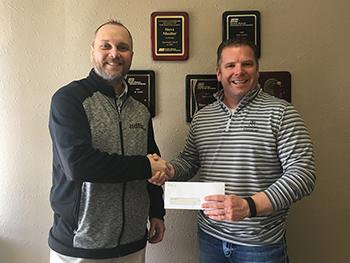 "We commend Steve for his hard work and thank him for helping NDFB grow its membership base," Missling said.