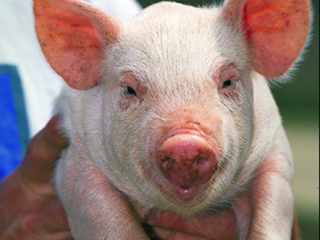 Animals don't have rights, but humans do have duties

In a 1986 interview with Washingtonian magazine, Ingrid Newkirk, the founder and still president of the People of Ethical Treatment of Animals, made a provocative statement that continues to be noticed today.

When asked if animals should be used in research to help humans, she replied: “Animal liberationists do not separate out the human animal, so there is no rational basis for saying that a human being has special rights. A rat is a pig is a dog is a boy. They are all mammals.”

From this provocative statement comes the title of Wesley J. Smith’s new book “A Rat Is A Pig Is A Dog Is A Boy.”  In this exceptional book, published earlier this year, Smith makes the strong case that the animal rights movement is actually an antihuman ideology. In essence, Newkirk and other proponents of animal rights believe humans and animals have the same moral value; they are equals.

In an interview earlier this year, Smith said: “Animal rights, properly understood, is a rigid belief system that says people have no right to domesticate animals, because what matters most in terms of moral value is the ability to feel pain and suffer. Hence, cattle ranching is as odious as human slavery. And that needs to be rejected, because it would cause tremendous human harm if it were ever adopted throughout society.”

At its core, extreme animal rights ideology is opposed to medical animal research and the use of animals for food, both of which deliver value and improve the lives of people. Many animal rights activists equate meat with murder, even though the term is formally defined as the killing of a human being.

An overriding theme of Smith’s book is that humans are clearly different than animals.

“We as humans — and we alone — have moral agency, which means that we have not only rights, but also duties,” Smith writes in his book.

Because humans are the only species with a sense of morality, only humans have rights. But with these rights come responsibilities: the duty to properly care for animals. This is a duty America’s farmers and ranchers take seriously. They care deeply about the health, well-being and safety of their animals and work hard to ensure their animal’s well being through proper management and shelter.

Farmers and ranchers rely on superior animal welfare practices to ensure the production of high-quality, safe and wholesome meat, milk and eggs. This is a seven-day-a-week, 52-week-a-year job. Farmers and ranchers take this duty seriously because it is a requirement for staying in business.

Moreover, they are committed to improving the lives of people. Today’s production practices mean that meat is high-quality, readily available and affordable to everyone—a concept that would have been unfathomable to previous generations. Today, even during these difficult economic times, meat is affordable to all.  Their lives are better, and their standard of living increases.

It all boils down to choice. Animal rights activists seek to limit the choice of people by equating the rights of animals to those of humans. If animal rights extremists were to get their way and end both beneficial medical animal research and meat consumption, the quality of human life on our planet would surely plummet.

Rats, pigs and dogs are not human. While farmers and ranchers understand their moral duty to provide farm animals humane care, they also answer to a similar high calling to produce animal-based food for their fellow man.

John Hart is director of news services for the American Farm Bureau Federation.