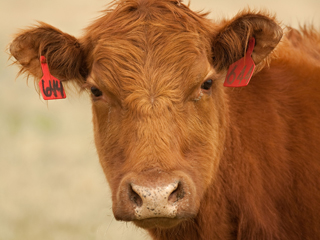 Wider use of best practices and technologies could significantly reduce greenhouse gas emissions in the livestock industry, according to a recent United Nations Food and Agriculture Organization report.

The 139-page report, “Tackling climate change through livestock: A global assessment of emissions and mitigation opportunities,” is an update of the highly controversial “Livestock’s long shadow” report issued in 2006. The 2006 report falsely claimed livestock production accounted for 18 percent of the world’s GHG production—more than the combined emissions of the world’s planes and cars combined. That figure was disproven—which ultimately was acknowledged by the report’s authors—but was cited in thousands of news stories and social media posts and still is used by numerous activist groups in messaging aimed at eliminating animal agriculture and reducing or stopping meat consumption.

The new report is proving to be equally as controversial, though it is a step in the right direction. It acknowledges that raising livestock supports the livelihoods of hundreds of millions of people and represents an increasingly important source of protein in many regions that have long struggled with chronic hunger and malnutrition. It recognizes the reality of preferences for meat and protein in a world that is growing in both population and affluence. Globally, meat and milk demand could grow 73 percent and 58 percent, respectively, between 2010 and 2050.

The new report claims that livestock production accounts for 14.5 percent of all human-caused GHG emissions. This is not a significant reduction from the inaccurate and misleading 2006 number, but it is based on improved methodology, the Global Livestock Environment Assessment Model. It also is higher than figures cited in a recent Council for Agriculture Science and Technology report, which estimated the global greenhouse gas emissions for all of agriculture are 14 percent.

The report says annual livestock production emissions currently total 7.1 gigatonnes (7.1 billion metric tons) CO2-eq (carbon dioxide equivalent)—the standard measure of GHG emissions. The main sources of emissions are: feed production and processing (45 percent of the total), outputs of GHG during digestion by cows (39 percent) and manure decomposition (10 percent). The remainder is attributable to the processing and transportation of animal products.

However, the report also says that GHGs in the livestock sector could be cut by as much as 30 percent through wider use of existing best practices and technologies. Significant reductions can be achieved across all species, production systems and regions.

Examples of measures to achieve emission reductions include wider adoption of concepts already common in American agriculture and consistent with efficient and sustainable production: best practices and technologies in feeding, health and husbandry; reducing or eliminating unproductive animals in the herd; genetic selection to improve animal performance; manure management; improved grazing and grassland management; better animal health; and greater use of underused technologies, such as biogas generators and energy-saving devices.

The report stops short of giving a thumb’s up to the modern, efficient and highly productive systems typically found in the United States, but it argues that the greatest potential for cuts will be found in low-productivity livestock systems in south Asia, Latin America and Africa.

Like its predecessor, the new FAO report provides fodder for continued criticism. On one side: criticism of animal agriculture, its impact and eating meat. On the other: disputes with the calculations of impacts and livestock emissions relative to other man-made GHG emissions, and the debate over whether or not any man-made impacts actually influence climate change.

However, the real focus should remain on continuous improvement—which farmers and ranchers are accomplishing in a big way with modern agricultural best practices and technology.

A few lines from the song, “Cowboy Logic,” popularized by Michael Martin Murphey and written by Don Cook and Chick Rains, offer insights into how America’s farmers, ranchers and livestock producers will use modern best practices to reduce GHGs and environmental impacts: “If it’s a fence, mend it. If it’s a horse, ride it. If it’s a job, do it.”

If it’s a GHG emission, reduce it.