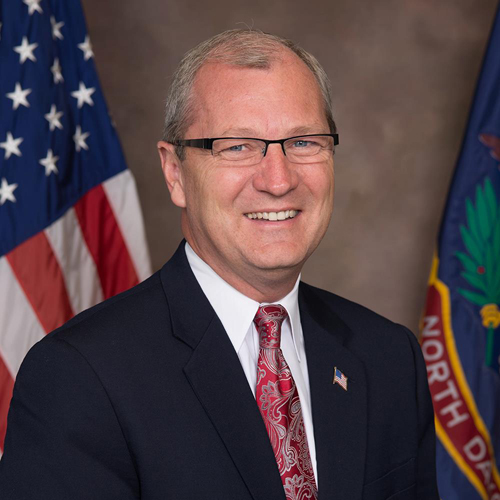 “We are proud to give the Friend of Farm Bureau award to Congressman Cramer. Since his election, he has worked tirelessly on behalf of agriculture and has been a true guardian of the people of North Dakota against senseless regulation both in the farm bill and from bureaucrats at the EPA and other federal agencies,” said NDFB Public Policy Director Pete Hanebutt.

"It is an honor to receive this recognition from the North Dakota Farm Bureau, with its 27,000 members and 50 county organizations. Farm Bureau members are active and engaged in their communities, and extremely knowledgeable on the complexities of agriculture policy. It is a privilege to be recognized by such a well-informed group."

The award is given to those members of Congress who maintain an outstanding record of voting in support of Farm Bureau issues.

“Congressman Cramer consistently supports Farm Bureau on issues that are important to our members and the agriculture economy of North Dakota,” Hanebutt said.

Hanebutt also thanked Congressman Cramer for his willingness to make accessibility to his constituents a priority.

“We especially thank him for making himself available to each of our agriculture organizations here on multiple occasions over the past two years as we worked together on issues critical to our industry,” he said.