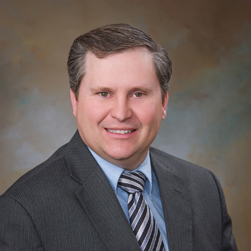 "North Dakota is certainly in the midst of a severe drought. There are exceptions, but much of the state has not enjoyed significant rain throughout the spring season. NDFB appreciates all the support and show of concern from elected officials, particularly from Governor Burgum for the disaster declaration announcement.

"Most observers understand the anxiety of the mounting crisis. The frustration is, there are no simple solutions outside of rain. Short-term solutions such as haying CRP may provide some relief however many of these set aside acres also lack forage availability.

"North Dakota farmers and ranchers are resilient. Lessons learned from our fathers and grandfathers tell us these are the times when herds are culled a little more heavily and reports from auctions indicate that is exactly what is taking place in the countryside.

"For our crop farmers, if rains do return, it may be too late in some areas. Conditions vary from county to county, and even within counties. In some areas, fields are already being declared a loss.

"NDFB shares the concerns of all our members during the current weather crisis and will continue to do what we can to advocate for actions to lessen the impact of our early summer drought. "

The drought emergency declaration from the governor's office is below:

The governor also ordered the formation of a unified command structure with representatives from the North Dakota Department of Emergency Services, Department of Agriculture and other state agencies to coordinate the state’s drought response.

“This drought represents an escalating threat to farmers, ranchers and all North Dakota residents as livestock feed and water supplies deteriorate and the risk of wildfires continues to climb,” Burgum said. “We’re committed to mobilizing the appropriate state resources to ensure the safety and economic security of our citizens for the duration of this situation.”

Below-average rainfall and soil moisture have devastated pasture land and hay crops, with reports of livestock producers already downsizing their herds. In the latest U.S. Department of Agriculture (USDA) reports, 43 percent of the state had short or very short topsoil moisture, and pasture and range conditions were listed as 30 percent poor and 24 percent very poor.

Wildfires also are a growing concern, with the latest statewide fire index showing five western counties in high fire danger and 11 northeastern counties in moderate fire danger. The Burning Index, used to describe the potential effort needed to suppress a wildfire, is near or in some cases exceeding the worst June conditions on record since data collection began in 1998.

Created in 1991 and last activated in 2006, the program provides eligible livestock producers with 50 percent cost-share assistance of up to $3,500 per project, with a maximum of three projects per applicant. Details, including how to apply, will be made available on the State Water Commission’s website at www.swc.nd.gov.

Burgum also sent a letter today to U.S. Secretary of Agriculture Sonny Perdue, asking him to immediately release Conservation Reserve Program (CRP) acres for haying to give producers an additional source of livestock feed before it loses its nutritional value. (On June 23, Perdue released the CRP acres for haying.)

In addition, NDResponse.gov, the official state website for major events impacting the public, has launched a drought and wildfire information page featuring links to the U.S. Drought Monitor, USDA crop reports and the North Dakota Department of Agriculture’s interactive drought map, among other resources.

The website also contains information on burn bans in effect around the state. Nineteen counties currently have burn bans with at least some restriction on fireworks, which go on sale Tuesday in North Dakota. Residents are encouraged to adhere to the burn bans and contact their local fire department or emergency management office for the most current restrictions.

The governor helped launch NDResponse.gov in January as a single source for accurate and timely information when major events impact North Dakota citizens, allowing the public to be best prepared for whatever situation arises. Updates also are posted on accompanying social media sites at https://www.facebook.com/NDResponse/ and https://twitter.com/ndresponse.