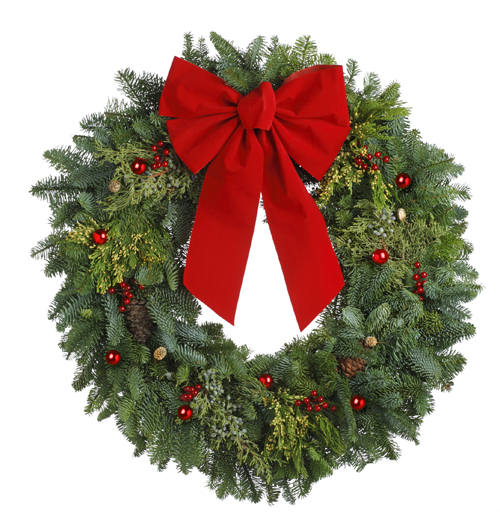 Christmas and other December holidays have changed a lot over the years, but even amidst wide-scale, rapid transformation, many holiday season traditions and ideals that have been influenced by farm communities and rural America still endure. Rural America continues to symbolize the American ideal of what the Christmas and holiday seasons are all about, as it has since the early days of our country.

American culture was mostly rural until the late 1800s. At Christmas, rural Americans gave small, modest gifts to family members, friends and neighbors. Many of these handmade gifts were fashioned following harvests or during other down times. It was common for those who were better off to give small presents to those who were economically distressed, sometimes secretly, to preserve the recipients’ pride. In farm country, common gifts were simple – food, wood items, handmade toys, clothing or sewed items, or a pair of work gloves.

Gift-giving traditions were carried forward at the turn of the century as rural Americans flocked to cities for employment or in search of the other benefits of urban life. But in the cities, they could not produce their own food to give away. Factory and office jobs left no time to make presents, leading to purchases of inexpensive gifts. Many turn-of-the-century purchased gifts were irrelevant, useless or of poor quality and became the brunt of social criticism and disdain by both givers and receivers.

Christmas cards soon became more practical and artful small gifts. Christmas postcards may have been American’s first social media, by allowing all a glimpse into the lives of the senders. The large volume of greeting and postcard mailings sent to and from rural America helped subsidize the Rural Free Delivery system, at that time a controversial nationwide free rural postal delivery system proposed by the National Grange of the Order of Patrons of Husbandry, the nation’s oldest agricultural organization.

Just as they do now, the Christmas cards that first appeared in America starting in the 1870s featured rural landscapes, snow-covered houses, barns, forests and prairies, along with rural family scenes, hay rides and horse-drawn sleighs, and lavish displays of food and meals around the holiday table.

In the early 1900s, these Christmas card images continued to depict aspirational visions of beauty and prosperity in rural America. Even then, the cards and language represented desires for an “old fashioned Christmas,” a message that still resonates today. In 1910, the American urban population surpassed the rural population for the first time. Cards created a strong sense of nostalgia and portrayed an idealized vision for former farm children who had migrated to cities in search of jobs and, often, to flee rural poverty.

A spirit of unity during the holiday season is, perhaps, one of the most important, enduring symbols of rural America.

Many of the symbols of Christmas as we know it today – gift giving, Christmas trees, the joy of children, sharing with friends, neighbors and families, and community celebrations – were brought to America and fostered by immigrant farmers and rural settlers. While many describe cities and urban areas as the melting pots of America, holiday celebrations in rural and farm communities brought people together, along with diverse traditions, religious beliefs, cultures and languages from many different countries. In churches and one-room schools in rural communities, differences were ignored or blended in favor of honoring the spirit of the season.

Christmas and the holidays provide an opportunity to unify, celebrate and re-connect urban dwellers to farmers and rural America. This holds true for everything from holiday cards depicting rural images to visits to Christmas tree farms or farms offering hay rides and other opportunities to experience old holiday traditions.