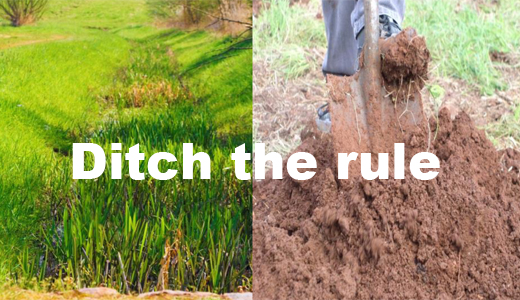 A letter has been circulating in the U.S. House requesting the EPA Office of Inspector General investigate EPA's public relations efforts on the Waters of the United States (WOTUS) rule. The letter was initiated by Reps. Crawford, Gibbs and Marino.

In addition, American Farm Bureau Federation President Bob Stallman sent a letter to the full House noting: "EPA’s conduct throughout the notice-and-comment rulemaking process more closely resembled a public relations or political campaign targeted at generating public support for the agencies’ proposal. In fact, EPA’s aggressive social media campaign appears to have been specifically designed to dampen opposition to the proposal, both in Congress and among the public, while generating uninformed public support for its rule. EPA even launched a campaign called “Ditch the Myth,” which continues today. To our knowledge, the agency’s conduct was unprecedented. The APA does not contemplate an agency engaging in publically funded campaigns to influence the comments that the public makes."

AFBF says that unless Congress takes action to stop EPA's unprecedented and unlawful land-grab, the Waters of the U.S. rule will go into effect Aug. 28, giving EPA and the U.S. Army Corps of Engineers broad new powers to assert federal jurisdiction and regulate isolated "waters," ditches and rain-driven ephemeral drains, resulting in permit requirements for many normal farming, ranching and business activities. The controversial rule amounts to the largest federal overreach in memory -See more  here.