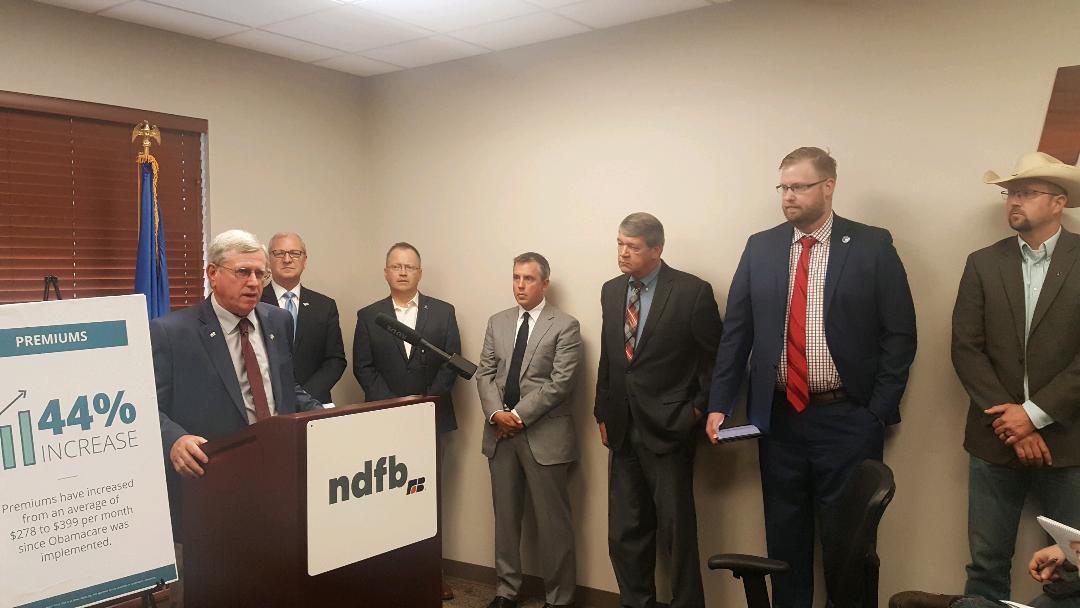 Speaking during the conference were NDFB Board Members, District 3 Director Tom Christensen and District 9 Director Weston Dvorak, representing farmers and ranchers across the state who have had their insurance costs skyrocket since having to switch to Obamacare.