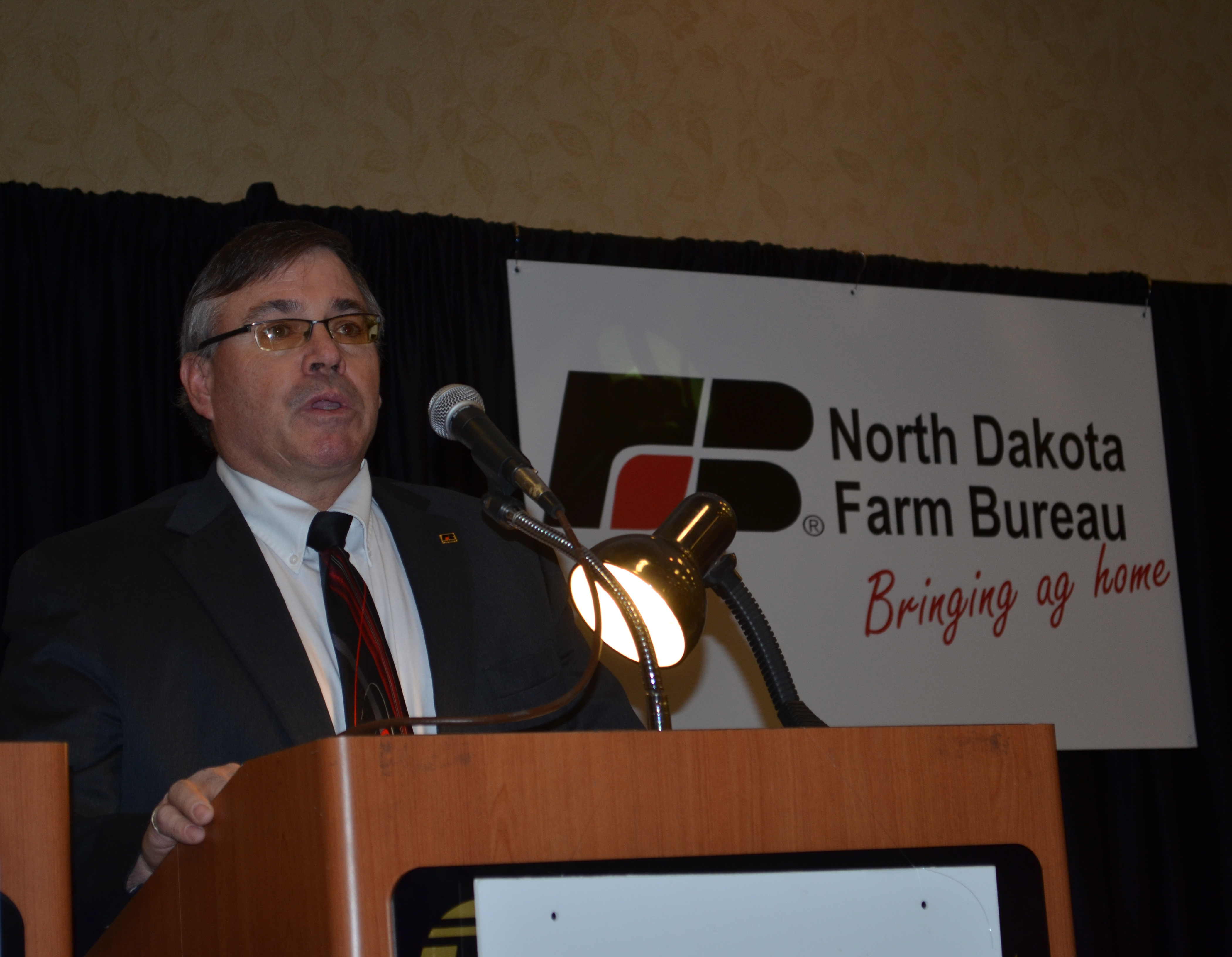 An increase in animal agriculture in North Dakota would benefit all segments of the state’s economy, NDFB President Doyle Johannes told delegates attending the opening session of the 72nd NDFB Annual Meeting.

“Instead of shipping all our raw products out, we need to refine them in this state, and add value to them,” Johannes said in his annual address. “There is no reason we shouldn’t be setting our own basis.”

Johannes also said members can expect Farm Bureau to push hard for meaningful property tax reform in the 2015 Legislative Assembly. Last year, following the NDFB delegate session, a committee was put together to develop a property tax reform initiated measure. However, Johannes said some of the necessary reforms weren’t able to be done through that process.

“Some of the things we wanted to do, we found that we couldn’t do through an initiated measure. And in the end, after a lot of discussion, we decided to instead make a big push in the Legislature to get some meaningful reform to our property taxes. We have had so-called relief for the last three sessions, but anybody who pays property tax knows that, very rarely have we seen a decrease in our property taxes. They just continue to go up and up.”

Johannes commented on the successful defeat of Measure 5 and thanked members for being so willing to place “vote no” signs and be engaged in the process to defeat the measure.

“We had successes. We had challenges. But I think the most important thing that we learned is that we need to move on and continue to do what we need to do to promote this organization and promote agriculture,” Johannes said.