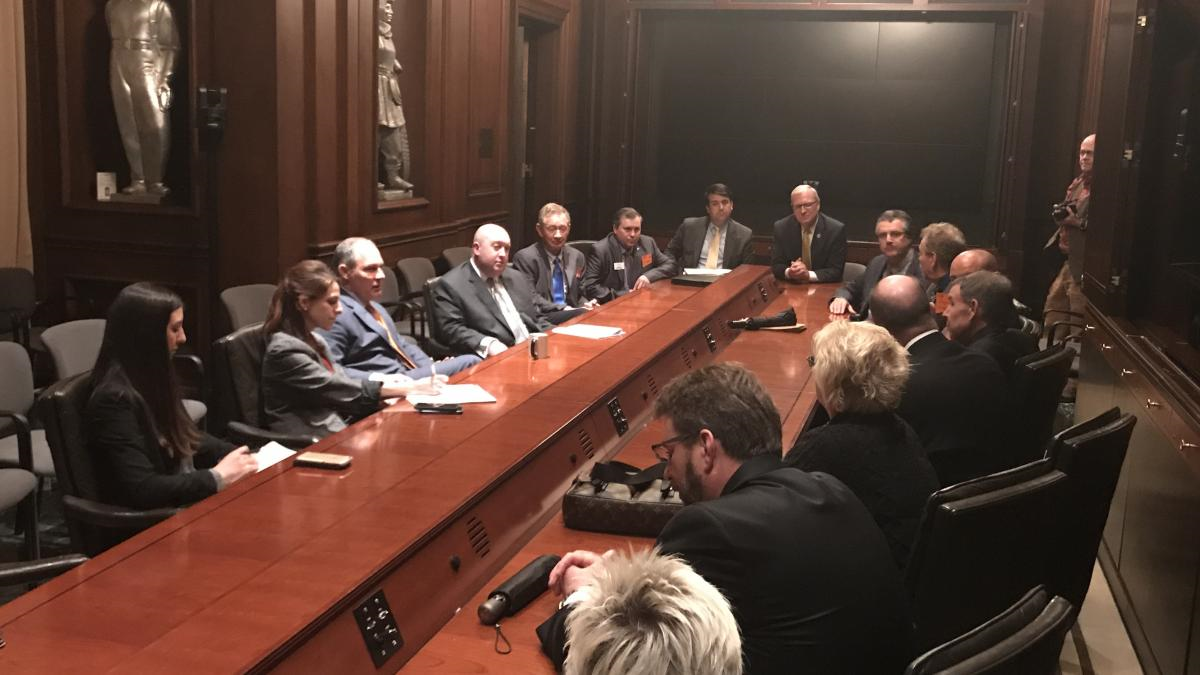 “I’m very grateful to Administrator Pruitt for the generosity of his time and the generosity of his spirit,” said Cramer. “Our conversation was substantive and encouraging. I think the CEOs sitting around the table from North Dakota’s rural electric cooperatives felt like they were talking to a friend and ally rather than an adversary for the first time in a very long time at the EPA.”

“The administrator heard real life stories of not just thousands or millions, but hundreds of millions and billions of dollars of stranded investment by our utilities,” said Cramer. “He offered his best assurances that those will not be wasted and that there is a way moving forward to provide a regulatory regime which is state focused, that involves the stakeholders, that has real solutions for meeting the quality standards that are prescribed by the EPA and by the states, and for bringing the EPA back, as he said ‘into their lane.’”

NDFB and electric cooperatives also thanked Pruitt and the Trump Administration for the rollback of regulations looming over them during the past eight years.  Ultimately, such rules would have significantly increased electricity prices impacting individuals and businesses in a competitive global market.

"Today's meeting with Administrator Pruitt was an excellent opportunity to share how important a reliable and affordable source of electricity is to North Dakota agriculture,” said NDFB President Daryl Lies. “It is a refreshing improvement to have someone as the head of the EPA who is willing to take the opportunity to understand how we are affected by EPA rules in our part of the country."

"We are thankful for the opportunity to have a conversation with Administrator Pruitt and Congressman Cramer about the consequences of over-regulation and how the clean power plan proposed by the previous Administration would have negatively impacted rural electric cooperatives, our members and the people we serve," said David O’Connell, a board member of North Central Electric Cooperative and the North Dakota Association of Rural Electric Cooperatives.

Cramer said he was grateful to the North Dakotans who came out to meet with the administrator, grateful to NDFB and Daryl Lies for helping line up the meeting. "I think all in all it was a very good day and a very good start to a good relationship.”