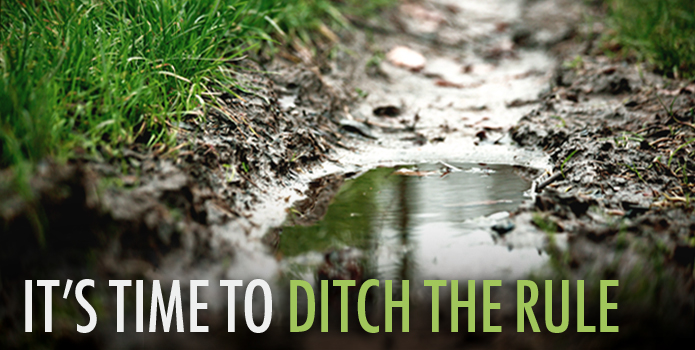 WASHINGTON, D.C., - A proposal to massively expand the Environmental Protection Agency’s (EPA) and the U.S. Army Corps of Engineers’ (Corps) powers under the federal Clean Water Act (CWA) should focus on finding common sense solutions to clean water, not give the federal government blanket authority for regulating all waters everywhere, according to testimony offered by Morrill County (Nebraska) Farm Bureau President Jeff Metz before the U.S. Senate Agriculture Committee today.

“Let me be very clear – everyone wants clean water,” said Metz. “However, this proposed rule isn’t about clean water. This rule is clearly focused on expanding the role of federal regulatory agencies into the daily lives of people around the country.”

Metz, a farmer and rancher from Angora, Nebraska, was invited to testify at a hearing before the full U.S. Senate Agriculture Committee chaired by U.S. Sen. Pat Roberts (R-Kan.). The focal point of the hearing was to gather stakeholder input on the impacts of the proposed “Waters of the U.S.” rule.

“I have seasonal draws, valleys and canyons as well as ponds and other natural depressions on my land that will at times fill or flow with water during precipitation events. Many rarely, if ever, have flow that reaches a flowing stream,” said Metz. “This rule could require that I obtain a federal permit in order to plow, apply crop protection products, graze cattle or even build a fence in or around these areas.”

Metz noted that adding another layer of red tape to agriculture would do little to protect the environment, but cost him time and money, and in a worst case scenario, prevent him from using his own land.

“The federal government is under no obligation to even give me a permit,” said Metz. “This rule would create uncertainty and expand liability exposure for Nebraska farmers, despite the fact we have a state agency that has been responsible for protecting these waters for nearly 40 years.”

The agencies are expected to release a final version of the “Waters” rule later this year.