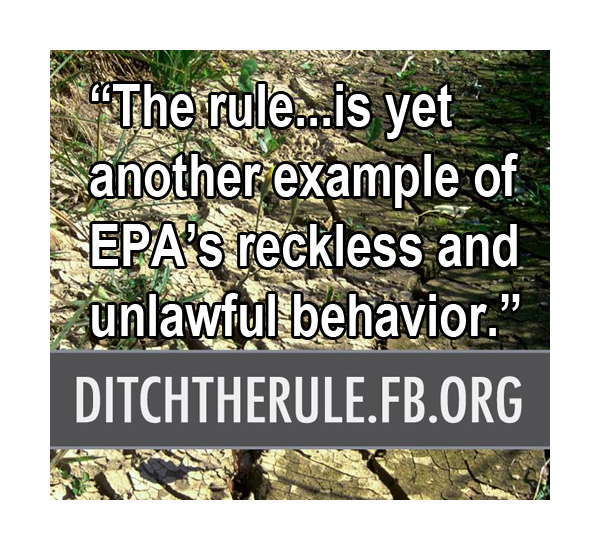 WOTUS rule gets shut down

The controversial Waters of the U.S. rule promulgated by the Environmental Protection Agency has been put on hold nationwide, and is a huge victory for American agriculture and rural communities, according to North Dakota Farm Bureau Director of Public Policy Pete Hanebutt.

“We’re very pleased to hear that the U.S. 6th Circuit has granted a stay, just as Judge Erickson did in the North Dakota Federal District,” Hanebutt said. “This ruling only re-enforces what Farm Bureau and others have been saying all along: This interpretation of the Clean Water Act by an out of control EPA, is bad for America, not just agriculture.  If the EPA had its way, state and local government would be under the gun, just like property owners, and it’s great to see the 6th Circuit rein-in this agency .”

The decision in this case places a stay on the EPA’s efforts nationwide, while the North Dakota decision was limited to thirteen petitioning states. Hanebutt said it is important to remember that in both cases, the stays are temporary.

“But the signal – in no uncertain terms – is that the courts are unwilling to support the EPA’s current interpretation of the Clean Water Act. Furthermore, it implies to most observers that intent of the law has been violated by the EPA,” he said.

“Further court action is expected and congressional push-back against the EPA and Corps of Engineers will continue,” Hanebutt said.